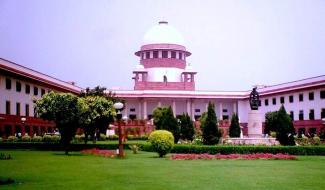 THE verdict pronounced by the Supreme Court on reservation in promotions has raised fresh questions on the stand of the ruling powers as well as the judiciary towards social justice. ‘Reservation in promotions is not a fundamental right’: these are the much talked about words of the SC verdict which are making headlines. But if we study the verdict, the matter is beyond and above this. The stand adopted in this case by the Central and Uttarakhand BJP governments is an attempt to cover up their deeds with lies. The BJP should state clearly that it does not believe in any principle of social justice; and that whenever it gets an opportunity it will harm, or contribute to harm, social justice.

A strange aspect of this SC verdict is that it says quantitative data is necessary for giving reservation. However, if the government decides not to give reservation in promotions they do not have to show any quantitative data to prove that there is adequate representation of SC/ST in government services. The Court even goes so far as to say that even if a case of under-representation of SC/ST in public services is brought to its notice, the Court cannot issue a mandamus for giving reservation to SC/ST. This is a redundancy. If a particular section or persons from particular castes do not get adequate representation in government services they will go to the Court and the Court has decided beforehand that it will not issue any mandamus, what options are remaining for obtaining justice? Government reports in Uttarakhand tell us that SC/ST do not have adequate representation in government services. But where can they go to seek justice if the Supreme Court has already washed its hands of issuing any directive in this matter?

When questioned at the national level on this matter, the Central and Uttarakhand State BJP governments chose to answer with a mixture of half-truths and lies. Minister for Social Justice and Empowerment Thavar Chand Gehlot in Parliament and Chief Minister Trivendra Singh Rawat in Dehradun said that it was the Congress government that took the decision to end reservation in promotions in 2012. The question is, if the BJP does not consider this decision proper, why did it not overturn the decision? If the decision by the Congress was against SC/ST employees, what stopped the BJP from changing this decision?

The governments are not just ending reservations; they are actually ending government jobs. Government jobs will be available to the General Category as well as to the Reserved Category only as long as government jobs exist. About 56,000 posts are lying vacant in Uttarakhand. If there is a need to fight for something, it is the need to fight for appointments to these vacant posts as per eligibility and through a transparent process; otherwise, the government will gradually declare these posts ‘dead’ and the attention of the people will be diverted into feeling a false sense of caste superiority and fighting acrimoniously against reservation.

We stand for reservation in promotions at all levels and demands from the Modi government to pass a legislation in current session of Parliament to ensure the same.