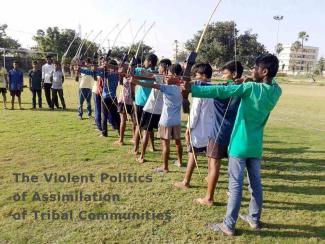 The ‘Indian Residential School System’ in Canada has been rooted in its colonial past, especially linked to the passage of the ‘Indian Act’ of 1876. The expressed purpose of the schools were the gradual erasure of indigenous cultures by integrating them into the European-Canadian society. The Truth and Reconciliation Commission of Canada (TRC) organized by an agreement in 2008 between the government of Canada and approximately 86,000 Indigenous peoples in Canada who at some point were enrolled as children in the Canadian Indian residential school system, pointed out in the executive summary of its final report that “Underlying these arguments was the belief that the colonizers were bringing civilization to savage people who could never civilize themselves. The 'civilizing mission' rested on a belief of racial and cultural superiority.”

Children between the ages of 7 and 16 were compelled to attend these residential schools. The schools were deliberately situated far from indigenous settlements in order to discourage any contact between the children and their community. The children also faced corporal punishment for speaking in their native languages. Widespread accusations of physical and sexual abuse have also emerged as more and more of the survivors of the system have come out to speak of the ordeal they suffered. The children were also subjected to scientific research experiments and were found to be given less than adequate nourishment frequently.

This isn’t the first time that such deaths have come to be known to the general public. The National Center for Truth and Reconciliation estimates, based on death records, that at least 4100 children died in custody of the residential school system, though it is likely that the number is an underestimation. Many of the schools buried students in unmarked graves and members of their families would be unaware of their fate . The TRC had requested $1.5 million from the Canadian government in order to complete the study on unmarked graves, but had been denied.

RSS and Hindutva’s Project of Erasure of Adivasi Cultures

While Canada and other nations struggle to reconcile with this horrible past, it must be remembered that RSS and its affiliates continue to enforce such assimilationist practices even today. Adivasi children in Jharkhand, West Bengal, Chhattisgarh, Odisha, Andhra Pradesh as well as from North Eastern tribes are often abducted from their homes and ‘educated’ in Sangh run schools (often funded by NGOs affiliated to companies that seek to evict the Adivasis from their lands). This attempt to erase Adivasi culture and ‘Hinduize’ them are no different from what we have seen in the Canadian residential schools.

The Vanavasi Kalyan Ashrams were a Hindutva project set up in the 1950s in order to ‘protect’ adivasis from conversion into Christianity. The main objective was however ‘assimilation’ of tribals through the erasure of their distinct identity, as indicated by the Xaxa report (2014) . The assimilationist perspectives were shared by many influential figures in Indian anthropological studies like G.S. Ghurye and A.V Thakkar (Thakkar Bapa). The latter went on to set up the Ashramshala model that has become influential. Jaipal Singh Munda, a member of the Constituent Assembly of India (and Olympic gold medalist), confronted Thakkar Bapa in the Constituent Assembly debates in 1949 about the failure to use tribal languages in his schools.

Malvika Gupta and Felix Padel have pointed out that apart from an erasure of the identity of Adivasis, the objective was also to convert the Adivasis into a low wage labor force . In 1960s a rapid increase in residential schools for Adivasis were developed to train tribal citizens for industrial jobs. By the 1990s, new tribal residential schools started, such as the state-run Kasturba Gandhi Balika Vidyalaya (KGBV), the Eklavya Model Residential Schools, and private ones like the Kalinga Institute of Social Sciences (KISS) in Bhubaneswar. Companies like Vedanta and Nalco, which have a history of violently displacing adivasis from their land, have supported KISS in their project to remove Adivasi children by designating entire villages as ‘Maoist affected’. The promotion of Hindu festivals and the suppression of the Adivasi identity is notable. Santoshi Markam notes her own experience in an Ashram operated by the Ramkrishna Mission . She points to the erasure of traditional Adivasi culture and an imposition of Hindu cultural norms such as touching of the feet, which has never been a part of Adivasi greetings. Native speakers of Gondi, Maria, Halbi and Chhattisgarhi, are prevented from using their mother-tongues for conversation. This has led to a decline of the languages spoken by tribes as many of the children are not conversant in their own mother tongues.

The parallels between the residential school systems operated in Canada and the ‘Corporate-Hindutva’ operated residential schooling, where children are prevented from visiting their villages even during the vacations or other festivals. The idea is to inculcate a feeling of shame or even hatred towards the tribal cultures among the children. The cultural distinction between Adivasis and ‘Hindus’ are blamed for the socio-economic ailments faced by the former. This distancing from their own culture means that the self-sufficient subsistence economy of Adivasis can be broken up and the children be freed to become low wage workers for large MNCs. Many of these schools are funded in part through ‘Corporate Social Responsibility’ programs as mentioned earlier, and demonstrates precisely how CSR is at best ineffective and at worst a cynical tool for the extraction of greater profit.

Similar activities have been noted in North Eastern India as well where children from poor families are kidnapped by organizations like Sewa Bharati and trafficked to other states in order to inculcate them with ‘Hindu values’ .

It is high time that the ongoing cultural genocide by the RSS and its affiliates, and by the Indian State, attracted global attention and censure. 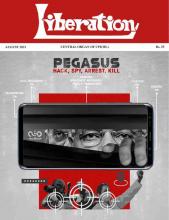