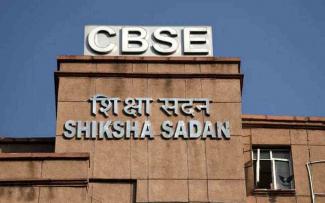 In the wake of the extraordinary situation created by the ongoing pandemic, loss of teaching and lockdown, the Central Board of Secondary Education (CBSE) was advised to revise the curriculum so as to reduce the course load for the students of from class 9 to class 12. Though the syllabus was slightly revised in April 2020 as well, on July 7, Dr. Ramesh Pokhriyal 'Nishank', the HRD minister, took to twitter to announce the decision to rationalize the sylla-bus by up to 30%, while retaining the core concepts. Consequently, the CBSE reduced the syl-labus of classes 9 to 12 with the suggestions of NCERT for the same. The deleted part of the syllabus would not be considered for Internal Assessments or for the Board exams. ‘Core Concepts’, however, were to be retained.

The idea of ‘core’ concepts for the present government, however, seems questionable. Appar-ently, understanding of democracy doesn’t form a substantive part of the curriculum. Whether it is our democratic rights; role of diversity in our democracy or the challenges to our democracy, all of these have been removed. Students will, now, no longer be required to learn concepts of federalism, citizenship, nationalism and secularism. They all have been completely deleted from the curriculum. Also are excluded lessons on colonialism and the understanding of the Partition in the subject of History. Other topics like understanding gender, religion and caste, popular struggles and new social movements in the country and India’s relationship with its neighbours including Pakistan, Bangladesh, Nepal, Sri Lanka, and Myanmar are also no longer a part of the curriculum. Similarly, the deductions in other subjects include- demonetisation, economic development in India, and the planning commis-sion; chapters related to forests and natural resources (water, mineral and energy), deforesta-tion, climate change in the arena of Environmental studies and the phenomena of Modern world like industrialisation, globalisation, and print culture in today’s world. Literature, both Hindi and English have parts that have been done away with including sections from Amartya Sen’s Argumentative Indian (English) and Vishnu Khare’s ‘Charlie Chaplin yaani hum sab’, and Bhishma Sahni’s ‘Gandhi, Nehru aur Yasser Arafat’ (Hindi).
NCERT also dropped the portion on separatist politics in Jammu and Kashmir. It has instead added the scrapping of Article 370, which gave the erstwhile state of Jammu and Kashmir special status, under the topic “Regional Aspirations” in the syllabus of class 12.

In Furtherance of Sangh’s Ideology

The fact that the idea of Secularism which is integral to the soul of our nation and its consti-tution has been omitted by the government is the part of the larger picture where the Gov-ernment is acting as a tool for the furtherance of the ideology of its Parent Organisation, the Rashtriya Swayamsevak Sangh. RSS has always played an active role in imparting Hindu parochialist beliefs to children admitted in its shakhas from a very early age. The children here are trained to hate the idea of secularism that has been enshrined in the Constitution. They are taught about cultural supremacy and unity needed to fight other religions on differ-ent platforms. Any idea which is not in agreement with the Sangh ideology is touted to be western in its origin. Naturally, it is perceived as a threat to the cultural aspirations of the Hindus. The Sangh believes in Hindu militancy as opposed to the idea of Indian, which has its roots in multiculturalism, co-existence, and inclusiveness. Similarly, the young minds at the shakha are also made to believe in the idea of Hindu parochialism which is diametrically opposed to the idea of patriotism that our freedom fighters believed in, which has its strength in its heterogeneity and secular principles. Consequently, be it the concept of democratic rights or the ideas such as secularism and nationalism, all had to be removed from the cur-rent syllabus.

The Government has also chosen not to teach our next generation about colonialism and the freedom struggle leading to Partition, a struggle which the RSS at that time chose not to be a part of, lest the youth gets aware of the hollowness of Sangh’s so-called patriotism.  In such cases, the central board of Secondary Education skipping on such chapters speaks a lot about their plans for the children of the nation.

Erasing Facts And Context About Kashmir

The revision of the chapter ‘Politics in India since Independence’, the exclusion of the topic of ‘Separatism and Beyond’ is silencing the voices of the people of Kashmir. The deleted portion said “One strand of separatists [who] want a separate Kashmiri Nation, independent of India and Pakistan. Besides these, there is a third strand, which wants greater autonomy for the people of the state within the Indian Union. However the revised portion says “Jammu and Kashmir had a special status under Article 370 of the Indian Constitution. However, in spite of it, the region witnessed violence, cross-border terrorism and political instability with exter-nal and internal ramifications. The article resulted in the loss of many lives, including that of innocent civilians, security personnels and militants. Besides, there was also a large scale dis-placement of Kashmiri pandits from the Kashmir valley”, it read.

The revised portion  replacing the above section merely says “On August 5, 2019, Parliament had approved a resolution abrogating special status to J&K under Article 370 of the constitu-tion. The state was bifurcated into two Union territories - Ladakh with no legislative assem-bly and J&K with one”. This is nothing but a deliberate attempt to erase the history of people of Kashmir itself.

Reflective of the Present times

It is a fact now that the Indian State has been treating its minorities like second-class citizens maligning the idea of plurality. Recent steps like the Citizenship Amendment Act and the ab-rogation of Article 370 have dealt a severe blow to the concepts of secularism and federalism. The present is also a witness to the arrest of Indian journalists under the draconian Unlawful Activities Prevention Act (UAPA), thus threatening press freedom. This poses a challenge to the idea of democracy as such. Dissent is being rampantly criminalised. Journalists, students, and even octogenarian poets are being put behind bars for their work which defends Pro-gressive values. Removing Vishnu Khare’s ‘Charlie Chaplin Yaani Hum Sab’ which talks about Chaplin’s view against the capitalists, selections from Amartya Sen’s Argumentative Indian, which talks of our identity, history and traditional public debates, from the current syllabus can is a reflection of the mindset which tries to curb the spirit of dissent and debate in every sphere. But we can only wonder if the present generation will ever understand the nuances in the arenas such as media and democracy, which could not even make it to the list of core concepts.

The social and indigenous movements like the Chipko movement, the peasants’ movement and that of the Dalits and Adivasis which were already underrepresented in the curriculum have now been completely removed. Altering the syllabus and omitting such popular strug-gles of marginalized sections further marginalizes them. It leads to loss of a nuance in the ed-ucation which is needed to look at our past as well as the present.

All said, we can find hope in the fact that the reduction in the Syllabus is just for this aca-demic year. Recently, CBSE Secretary Anurag Tripathi said that the deleted topic will be covered in ‘Alternative Academic Calendar’ which is already in force in the schools affiliated to the board. In the above context, we need to raise our voice otherwise these changes might turn out to be a permanent. I quote a deleted passage from Amartya Sen’s Argumentative Indian, “Ancient India cannot be fitted into the narrow box where the Hindutva activists want to incarcerate it.” To this I want to add that neither will modern India be fitted in this narrow box where the forces guided by Hindutva agenda want to imprison it.