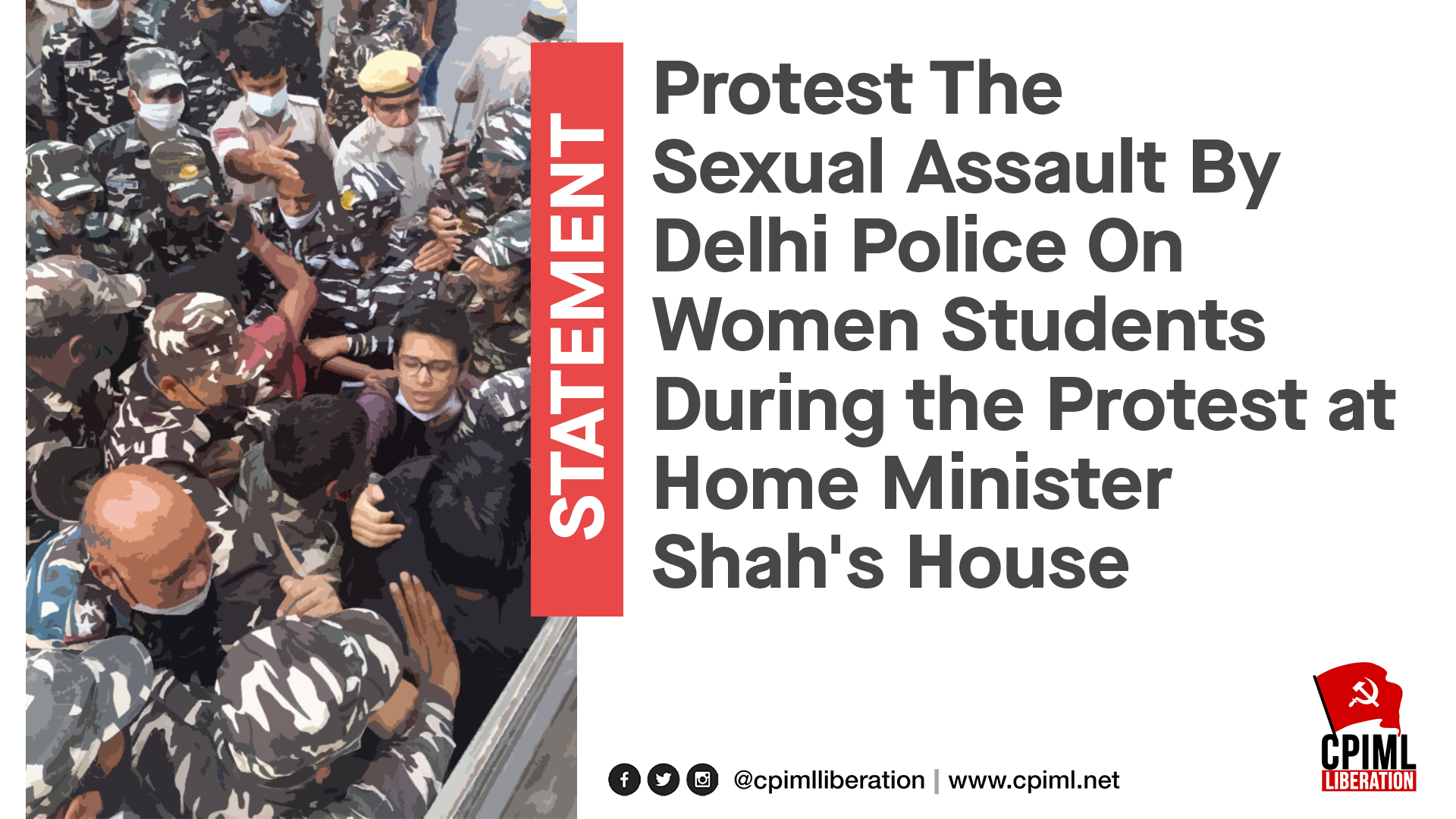 The CPIML condemns in the strongest terms the brazen sexual assault by Delhi Police personnel against women student activists on 10 October. The students were protesting outside Home Minister Amit Shah's official residence demanding that Union minister of State for Home Affairs Ajay Mishra Teni, accused in an FIR of conspiring to murder protesting farmers, be sacked from his post. Women personnel of the Delhi police lifted the clothes off two women students - AISA activists Shreya K and Neha Tiwari - and kicked them repeatedly in the private parts. Both women have suffered bruising and injuries as a result.

We demand an FIR against the SHO of the Mandir Marg police station and the personnel who carried out the assault. We appeal to farmers, workers, students, women all over India to protest against the Home Ministry that sexually humiliates and assault women who dare to show solidarity with martyred farmers.

- Kavita Krishnan
On behalf of Central Committee of CPI(ML)