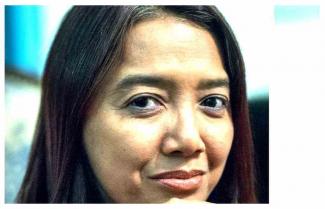 We appeal to the government, the international community, transnational business stakeholders and the morally conscious public to put pressure on the Myanmar military to end the brutal violence against protesters, restore peoples’ democratic will, restore the rule of law, and restore people’s rights including the right to freedom of expression and assembly.

We, in neighbouring India, are extremely troubled at the humanitarian and human rights crisis resulting from the February 1 military coup. The violent crackdown on democratic protests has resulted in random killings -- including of children -- mass arbitrary arrests, and the use of lethal weapons including airstrikes on urban sites especially of Mynamar’s ethnic communities.

According to the rights group, the Assistance Association for Political Prisoners, since the February 1 military coup, statistics of indiscriminate killings are pushing upwards of 600, with more than 4,000 arbitrary arrests.

The terror and pain of the spiralling statistics was brought home to us when one of Myanmar’s brightest and tireless rights and democracy activists, co-founder of the online media platform, Mizzima, disappeared on April 8. She was found held at the notorious Yay Kyi Eaing interrogation centre, and subsequently her apartment and belongings were ransacked, her computer seized, her bank account and the Mizzima funds that she managed, emptied.

Mizzima has confirmed that its co-founder, Daw Thin Thin Aung, and an office staffer, James, were also picked up. Reporters Ko Zaw Zaw and KoThan Htike Aungare also in custody.

Some of us know Thin Thin. She lived amongst us for 15 years in exile as a Burmese refugee. She was one among the many student activists seized by the dream of democratic freedom in 1988, when the Myanmar military experimented with a democratic election and Aung Sang Suu Kyi and the National League for Democracy won. The crackdown on the student uprising propelled her flight across the border to Mizoram. At that time, people were sympathetic to these student refugees and they had public support.

Thin Thin and her husband Soe-Mynt exemplified refugees who had become part of the resistance in India. Thin Thin got a business management degree and the two co-founded the news media, Mizzima, in 1998. Many of us remember Thin Thin working in Delhi to get basic entitlements of food and shelter for less fortunate Burmese women refugees.

When after 50 years of military rule Myanmar opened up, Thin Thin and Soe-Mynt left for Myanmar, becoming part of the struggle to build independent journalism there. Once in Yangon, Thin Thin carried over her struggle for women’s rights through the Women’s League for Democracy. She also carried with her goodwill and friendship towards India and Indians. Many of us met her at meetings in Kathmandu and Brussels.

She, determinedly, pushed against the patriarchies entrenched during 50 years of military rule and its accompanying social hyper-masculinities. And always, along with Women’s League of Democracy, she was outspoken on the need for federal inclusion and attention to women of the ethnic nationalities of Myanmar. (Sadly that did not include the persecuted Rohingya).

Today, Thin Thin and thousands of young women and men have been picked up and now face the likelihood of custodial torture in a situation where the rule of law has been suspended. Moreover, the military has been listed by the U.N. secretary-general as a party “credibly suspected of committing or being responsible for patterns of rape or other forms of sexual violence.”

We appeal to democratic governments, including India, to not align themselves on the wrong side of history with brutally repressive military dictators in Myanmar. As concerned citizens, we are distressed at the Indian government’s equivocation and delay in robust condemnation of the violence and support for the peoples’ will.

We are distressed at India’s diplomatic representatives gracing Myanmar’s military day parade in the midst of mounting evidence of the brutal use of force.

We are at a loss to understand the determination of Indian state agencies and institutions to flout the jus cogens principle of non-refoulement upheld by Indian jurisprudence and reiterated in international human rights treaties which India has signed and ratified. We are outraged at the government’s directive to deport Rohingya Muslim refugees (including a 14-year-old girl) as ‘illegal migrants’ back to Myanmar from where they fled ‘ethnic cleansing’ and where after the military coup the rule of law has been suspended.

We are perturbed at why for Indian state owned and private enterprises it is business as usual, when other democracies are snapping economic and military links.

The UN independent Fact Finding Mission 2019 has warned foreign companies, including named Indian companies, to sever their economic relationship with the hydra headed military business conglomerates or risk being seen as complicit in the military’s violation of human rights.

In the backdrop of the coup, three interrelated international accountability processes are taking place focused on Myanmar’s human rights abuses -- particularly the Rohingya genocide: at the International Court of Justice (ICJ), at the International Criminal Court (ICC) and the Independent Investigative Mechanism for Myanmar (IIMM), which was created by the U.N.

It is time for India, the international community, transnational corporations, and all morally conscious sections of society to support the will of the people of Myanmar.

We appeal that the military should be pressured to immediately release Thin Thin Aung and others illegally detained.

We urge that in the interim, the military coup council give immediate access to International Committee of the Red Cross (ICRC) to Thin Thin Aung and the other detained as per humanitarian law and protocols.

We are in complete solidarity with the people of Myanmar at this critical hour.