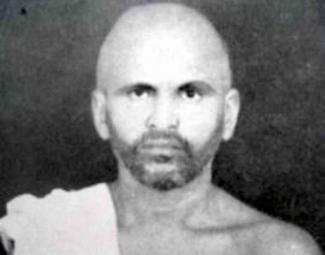 [At a time when feudal forces seek to project Sahajanand Saraswati as a “Bhumihar” icon representing feudal values, rather than recognising him as a radical peasant leader who leaned left, Liberation reproduces excerpts profiling him from The Flaming Fields of Bihar (the document published by IPF in 1986).]

The evolution of the ideas of Sahajanand provides a glimpse of the changing course of the peasant struggle in Bihar and of the process leading to the radicalisation of the Kisan Sabha. Swami Sahajanand Saraswati, alias Navrang Rai, of Ghazipur district of UP, had initially joined the Bhumihar Mahasabha in an apparent bid to buttress the Bhumihars’ claim to Brahminical status. But he did not stop there and was soon found encouraging the younger generation of Bhumihars to participate in the Non-Cooperation Movement in large numbers.

By 1925-26 the two wings within the Mahasabha—the ‘moderates’ led by Sir Ganesh Dutt, a big landlord and a British puppet and the ‘extremists’ led by Sahajanand—parted ways. Soon Sahajanand's ashram at Bihta near Patna became the focal point of the peasant movement in Bihar, attracting not only Bhumihars but tenant farmers of other castes as well. Sensing the gradual shift in Sahajanand’s direction, the Bhumihar rich landowners stopped subscriptions. But this only confirmed Sahajanand’s suspicion that caste associations and donations given for caste and religious purposes are essentially devices by the rich to control organisations and to thereby protect their landed and trading interests and generally continue their supremacy rather than for any altruistic purpose.

It is interesting to note that the original purpose behind the formation of the Kisan Sabha was not to promote peasant struggles, but to prevent the eruption of tensions in the countryside. As Sahajanand himself later admitted:

My sole object in doing so (setting up the Kisan Sabha) was to get grievances of the kisans redressed by mere agitation and propaganda and thus to eliminate all chances of clashes between the kisans and the zamindars which seemed imminent and thus threatened to destroy the all-round national unity so necessary to achieve freedom. Thus I began the organised Kisan Sabha as a staunch class-collaborator.

While the Bakasht issue lay unresolved, in 1929 the government proposed to introduce a bill to amend the Tenancy Act which, if passed, would have adversely affected the interests of the tenants. It was at this juncture that the Bihar Provincial Kisan Sabha (BPKS) was formed at the annual gathering of the peasants during the Sonepur fair in 1929 with Sahajanand as the president. Among its numerous local activists were Jamuna Karjee, Jadunandan Sharma, Karyanand Sharma, Dhanraj Sharma, Kishori Prasanna Singh, Indradeep Sinha, Bhogendra Jha and Sheel Bhadra Yajee. They were later joined by celebrated intellectuals like Rahul Sankrityayana and Nagarjuna on the one hand and Congress Socialist leaders like Jaya Prakash Narayan, Rambriksha Benipuri, Ganga Saran Sinha, Awadheswar Prasad Singh and Ramnandan Mishra on the other. But the organisation remained basically centred round Sahajanand and his close associates like Jadunandan Sharma, Jamuna Karjee, Karyanand Sharma and Dhanraj Sharma.

The very foundation of the BPKS in 1929 was marked by the dropping of the proposed tenancy amendment. This was construed by the peasants as a significant victory and proved to be a tremendous morale-booster for them. And then came a series of stirring political and economic events—the Civil Disobedience Movement, the Great Depression, and Provincial Autonomy—and the Kisan Sabha grew from strength to strength on the crest of these waves. But if these events of national and international significance provided the right external atmosphere, the Sabha drew its strength basically from within, from the scores of struggles in which it led the peasants of Bihar. One can rightly say that the BPKS was more a movement than an organisation.

Meanwhile in 1934 Sahajanand broke away from Gandhi, having followed him for no less than 14 years. Following this, the Congress grew rather hostile to the Sabha and sought to obstruct its growth by all possible means. While the Kisan Sabha was leading the peasants in militant struggles defying several firings, countless lathi-charges and thousands of arrests and trials, the Congress government that assumed office in 1937 was busy negotiating an agreement with the zamindars who offered their ‘help and cooperation in instituting tenancy laws to ameliorate the lot of the kisans'. …But despite all these attempts on the part of the landlords and the Congress, the Kisan Sabha continued to grow from strength to strength. Estimated at 80,000 in 1935, the membership of the BPKS rose to 2,50,000 by 1938.

In April 1936 the All-India Kisan Sabha (AIKS) came into existence and the BPKS became its foremost provincial unit. The initiative was taken primarily by the CSP leaders, N G Ranga being the prime mover. Sahajanand was named president of the first meeting of the AIKS held at Lucknow, but he had reservations regarding its formation as he felt that in the absence of well-developed provincial units the national organisation could not possibly play any effective role. Once involved, Sahajanand. however, extended total support to the AIKS and worked wholeheartedly for it, but his doubts were proved undoubtedly right. Afterwards, he also cooperated with Subhas Chandra Bose in organising the Anti-Compromise Conference against the British and the Congress, and subsequently during the Second World War he worked with the CPI. Though in the last few years before his death on 26 June, 1950, Sahajanand dissociated himself from the Communists, too, he remained a resolute representative of the rural poor, and his faith in ‘class struggle as the only method to liberate the oppressed masses from the many-folded slavery and subjugation’ that was prompted by his early encounters with the landlords remained unshaken.

Initially the BPKS took little note of the internal differentiation within the peasantry, relying more on rich and upper-middle peasants in the name of representing the entire peasantry. By 1941, however, the shift was slowly becoming evident. Said Sahajanand:

The Kisan Sabha belongs to those exploited and suffering masses whose lot is connected with cultivation and (who) live by it. The more they are oppressed and distressed the nearer they are to the Kisan Sabha and the nearer it is to them.

And in the 1944 session of the AIKS in Vijaywada he was still more forthright when he said:

They (middle and big cultivators) are using the Kisan Sabha for their benefit and gain, while we are using or rather trying to use them to strengthen the Sabha, till the lowest strata of the peasantry are awakened to their real economic and political interests and needs and have become class conscious .... It is they, the semi-proletariat or the agricultural labourers who have very little land or no land at all, and the petty cultivators, who anyhow squeeze a most meagre living out of the land they cultivate and eke out their existence, who are the kisans of our thinking .... and who make and must constitute the Kisan Sabha ultimately.

After independence, the Socialists set up splittist organisations like the Hind Kisan Panchayat and many Kisan Sabha activists also joined the Forward Bloc. At this juncture Sahajanand set up a separate All-India United Kisan Sabha whose fundamental demand was ‘the nationalisation of land and waterways and all sources of energy and wealth ... such nationalisation must also result in a planned system embracing not only agriculture and the land but also industries and social services’. And as for the immediate demand, the newly formed organisation put it as ‘acquisition of land ... from those who possess vast domains (and) distributing them on reasonable basis among landless labourers or holders of very small plots’.

From class collaboration to class struggle, from the limited objective of extracting certain concessions from the zamindars to the demand of abolition of zamindari without any payment of compensation, Sahajanand had really traversed a long way. The one-time champion of the interests of middle peasants and well-to-do tenants finally came to pin all his hopes on the rural proletariat:

The rural proletariat ... is becoming aware of its rights, duties and responsibilities—When it becomes fully aware, there will be the final dance of destruction and then the present iniquitous agrarian system will start crumbling.

After Sahajanand’s death, his close associate Karyanand Sharma sought to carry on the movement. Sharma had led the famous Barahiya Bakasht struggle of 1937-39 and disillusioned with the Congress, he later joined the CPI. It was under his leadership that the CPI waged some important agrarian struggles in the 50s, the most notable among them being the Sathi Farms struggle in Champaran. Attempts were also made to develop separate agricultural labourers' struggle on wage demands as well as struggles on the question of the bataidars’ rights and also on issues of homestead tenancy, famine relief measures, taqavi loans, canal rent in canal-irrigated areas, sugarcane prices etc. Till his death in 1960, Karyanand was a front ranking CPI leader in Bihar and also the leader of the party's legislative wing. During his last years, he came to lay increasing stress on organising the agricultural labourers and poor peasants, particularly on building the Khet Mazdoor Sabha.