Growing Repression Begets Stronger Resistance And at the End of the Day, the People Wins 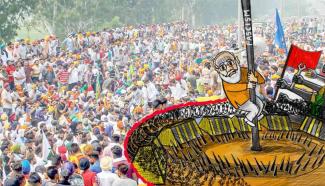 So in our country the battle between electoral autocracy and people's democracy, between subjugation and freedom, between opacity and transparency, between institutionalized oppression and social justice, between majoritarianism and pluralism, between good and evil is hotting up in ideological, political and economic domains. On one side we find the extended Sangh Parivar and their cohorts within and beyond India, who not only wreak havoc from the corridors of power but, like termites (to borrow a term from a filthy politician who used it to describe Muslim infiltrators), eat into the very vitals of the secular democratic republic -- howsoever imperfect that may have been -- which we the people of India achieved at the cost of enormous sacrifices during the freedom movement. On the other side there is a much stronger army comprising farmers protesting against the three farm laws, workers and employees agitating against privatisation and the new labour codes, emerging icons of Young India such as climate activist Disha Ravi, dalit labour organiser Nodeep Kaur and her comrade Shiv Kumar, stand up comedian Munawar Faruqui and all those who are under attack simply because they work for the downtrodden and speak truth to power, the few judges and the many activists, journalists, artists, intellectuals and others who go against the tide to reclaim and rebuild the Republic. When protesting farmers observe Women Peasants’ Day,  International Women’s Day, Human Rights Day, and fan out to different parts of the country on a campaign to defeat the BJP in the impending elections, when the ruling dispensation finds itself in a very tight spot both in economic and political terms and when convergence of various popular movements in different forms is visibly growing, there is every reason to hope that the coming months and years will be marked by bitter battles and hard-won victories.

“It is time all democratic movements came together to expose this government.”

The Bharatiya Kisan Union (Ekta-Ugrahan), the biggest group among the 32 organisations, marked Human Rights Day by demanding the release of several democratic rights activists and intellectuals who are lodged in prison.

The Union, which is camped near Delhi’s Tikri border at Bahadurgarh, hosted a function to show its solidarity with other democratic and human rights movements. In a full-fledged attack on what it called an “authoritarian” Central government led by Prime Minister Narendra Modi, the farmer leaders asserted that it was time to stand with different democratic movements of the country, as their larger struggle was against “corporatisation” of Indian agriculture, and not merely against the contentious farm laws.

“We are confronting a prime minister who is behaving like an exploitative king. All these activists and intellectuals have been arrested on false charges merely because they highlighted the plight of the poor, without bothering about their own safety. It is now our responsibility that we extend our support to them. That is why we are also demanding the release of all these intellectuals and activists, apart from our resistance to the farm laws,” Joginder Ugrahan, president of the BKU (Ekta-Ugrahan), told The Wire. 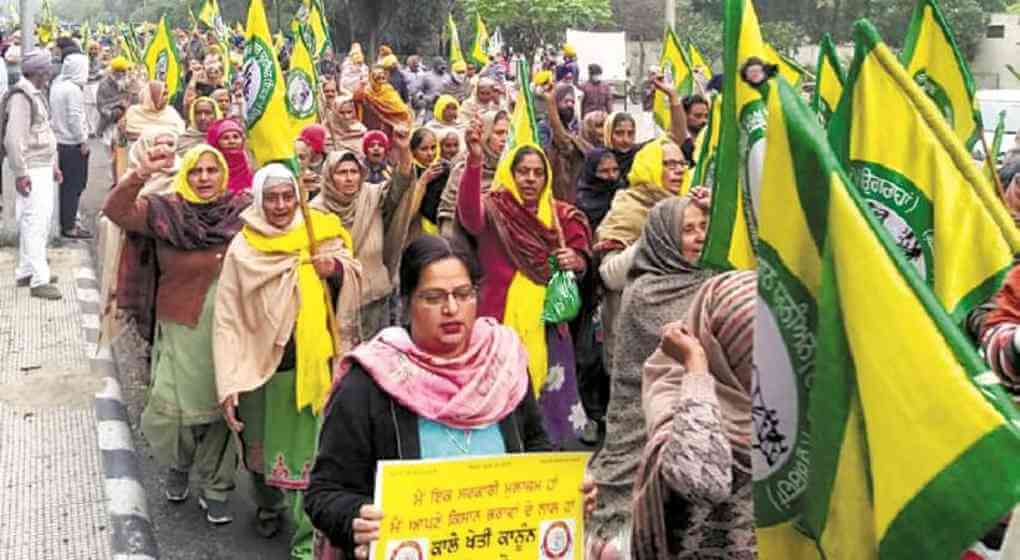