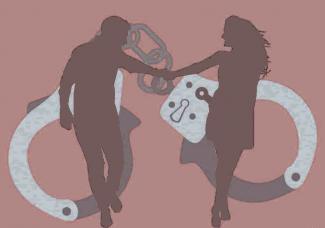 India Today has published a survey which claims to reflect the “Mood of the Nation”. This survey was conducted by a market research agency Karvy Insights between January 3-13, 2021. A total of 12,232 interviews were conducted - 67 % in rural and 33 % in urban areas - across 97 Lok Sabha and 194 Assembly constituencies in 19 states.

What needs to be said, and repeated, is that constitutional rights and liberties cannot be left to the mercy of majoritarian opinion. Laws seeking to outlaw interfaith marriage based on “love jihad” myths are unconstitutional. Such regressive (albeit majoritarian) views are “anti-constitutional” and should not be declared as the “mood of the nation”?

The India Today survey finds Yogi Adityanath (who passed the laws outlawing interfaith marriage, and who threatened Muslim men such relationships with death) to be “Numero Uno” among Chief Ministers in popularity. The choice by the India Today group of the term “Numero Uno” makes leadership a popularity context – where appealing to the most regressive instincts of people in a bid for “popularity” is legitimate.

Surveys by the Social Attitudes Research for India (SARI) have found that most Indians across caste lines want intercaste and interfaith marriage outlawed. They also found that two-thirds of their respondents practice untouchability. If indeed the majority of Indians embrace such views, should such views prevail in law-making and governance?

On Independence Day 2017, an op-ed by BJP and RSS leader Ram Madhav in the Indian Express claimed that the Modi government was the first in Independent India to be “rooted in India’s genius,” that is, “rooted in its religio-social institutions like state, family, caste, guru and festival.” Ambedkar called caste “anti-national”, the BJP celebrates it as the genius of India, as its “core” ideology. Madhav declared in the same article that while only “westernised” liberals who are not rooted in India’s genius are unhappy with the majoritarian politics Modi represents, “The mob, humble people of the country, are behind Modi. They are finally at ease with a government that looks and sounds familiar. They are enjoying it.” So Madhav suggests that majoritarian support for Islamophobic, patriarchal and casteist ideologies and politics is “the mood of the nation”, and implies then that opposition to these policies is “anti-Indian.”

How would Ambedkar, the architect of India’s Constitution, have seen the findings of such surveys? While moving the Draft Constitution in the Assembly on November 4, 1948, Ambedkar said: “Constitutional morality is not a natural sentiment … We must realise that our people have yet to learn it. Democracy in India is only a top dressing on an Indian soil which is essentially undemocratic.” What is “constitutional morality”? It is a morality based on the idea that the rights of individuals and minorities are not left at the mercy of the opinion of the majority. Those who defend these rights – even when, especially when such rights are unpopular – and those who seek to popularise these rights, are the leaders that India needs.