Meet the CPIML Candidates for the Bihar Assembly 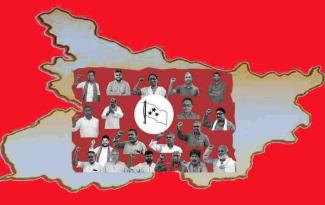 Ara: Qayamuddin Ansari, who was an AISA leader in its formative period in the 1990s, and is now the Bihar Secretary of Insaf Manch, the platform campaigning to help innocent persons falsely framed, accused and incarcerated by the police and investigative agencies in terror cases.

Agiaon: Manoj Manzil, National President of the Revolutionary Youth Association, who has pioneered struggles for the rights of poor and Dalit students for education. He began his activism by leading struggles of students against the unsafe and unsanitary conditions of Bihar’s Dalit hostels. His “Sadak Par School” (Schools on Streets) campaign highlighted the hunger for schooling and education that the poor have, which is betrayed by the neglect of Government schools and privatisation of education.

Tarari: The sitting MLA from Tarari, Sudama Prasad is contesting once again to retain the seat. While MLAs from then ruling formation evade accountability, Comrade Sudama has set an example by publishing a thick “report card” of his term as MLA: accounting for every paisa spent and every decision taken.

Karakat: Former MLA from Karakat, Arun Singh is also the National Vice-President of All India Kisan Mahasabha. He is known as a popular leader of farmers’ struggles.  He is a Central Committee member of CPIML.

Arwal: Mahanand Prasad is a prominent state-level leader of the CPIML, and has led struggles of unorganised workers and sanitation workers in his district. He joined the student movement AISA in the 1990s and was also active in Jan Sanskriti Manch, the cultural front.

Ghoshi: Rambali Singh Yadav is the Vice-President of the AICCTU in Bihar, a very popular and well-known leader of struggles of employees and workers in the state. He has led campaigns for the rights of contract teachers to enjoy equal pay for equal work, and for scheme workers to be recognised and remunerated as permanent government employees.

Bhore: Jitendra Paswan is the Vice-President of the Revolutionary Youth Association in Bihar. He participated in the march from Ahmedabad to Una against the flogging of Dalits in the name of “cow protection”. He has led efforts in Bihar to ensure relief for those affected by floods, lockdown, and for stranded migrant workers. 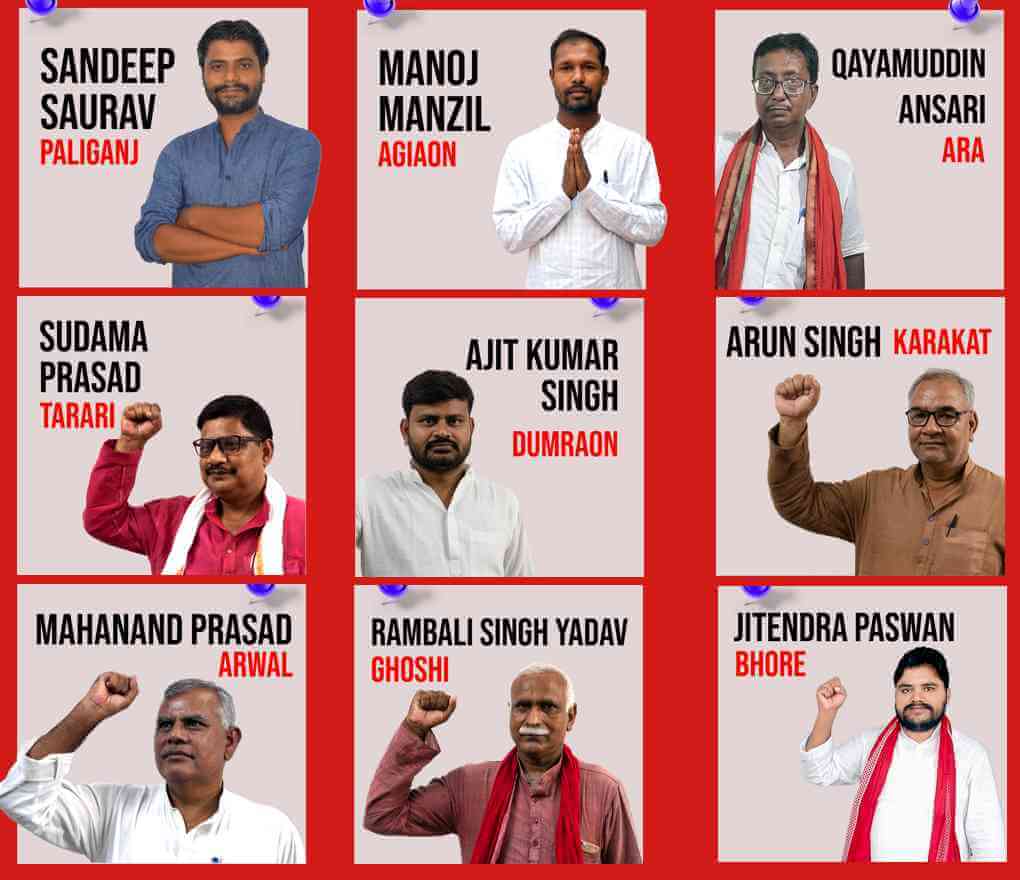 Jeeradei: Amarjeet Kushwaha, honorary President of the  Revolutionary Youth Association, has been in prison for the past five years, thanks to false cases slapped on him and on Satyadeo Ram (the sitting Darauli MLA) in July 2013 following a violent terrorist assault on Dalit landless labourers in Chilmarva village to try and evict them from homestead land that was rightfully theirs. Chilmarva village is in Guthni block, in the Darauli constituency. As is common all over Bihar, gairmazarua land had been declared by the block administration in 2012 as land that should be allotted to the Dalits for homesteads, but the said land remained under control of Brahmin landlords backed by the BJP.

Under the banner of the CPI(ML), Dalits occupied the gairmazarua land and built homesteads on it. On 5 July 2013, a violent mob led by the local BJP MLA Ramayan Manjhi, the Brahmin landlords and criminal goons from neighbouring Eastern UP, massed outside Chilmarva village, threatening violent eviction of the Dalits from their rightful land. CPI(ML) leaders Comrades Satyadeo Ram and Amarjit Kushwaha were on the spot. The DM arrived, promised to protect the Dalits, and asked CPI(ML) leaders to disperse. The ASP’s official records note that the CPI(ML) leaders did indeed leave the spot.

But the next day’s events showed that the district administration was in fact colluding in what could have been a horrific massacre of the Dalits. As this video recorded by a TV channel shows (https://www.youtube.com/watch?v=4JjtxAh-t5A),  the police and district administration stood watching while the landlords and armed criminals fired at the Dalit villagers in an attempt to recapture the gairmazarua land. The villagers – left completely at the mercy of the feudal mob by the police – defended themselves. In the process, two of the criminal assailants (both outsiders to the area) were killed while CPI(ML)’s Comrade Srinivas Ram was injured.

Interestingly, this video exposes where the BJP MLA Ramayan Manjhi and ‘independent’ MP Om Prakash Yadav, who later became the MP from the BJP, stood on the issue. The channel’s own footage clearly shows shots being fired by assailants on the most desperately poor men and women trying to escape the bullets as they defend their hutments. Belying this reality, both the BJP MLA and MP refer to the assailants as 'aam log' (common people) who are 'victims' of CPI(ML) supporters!

While Comrade Satyadeo Ram secured bail in the case, Comrade Amarjeet continues to remain in jail.

Darauli: Satyadeo Ram, the sitting Darauli MLA, is the honorary AIARLA State President from Bihar. He contested and won the last election from inside prison – after being arrested in the case false case as Comrade Amarjeet.

Daraunda: Amarnath Yadav is the Bihar VP of the All India Kisan Mahasabha. A former MLA, he has polled over 2 lakh votes in the Siwan Parliamentary seat, and is a very popular leader.

Digha: Shashi Yadav has been an activist since her student days. She was an AISA leader since the organisation’s formation in 1990. Shashi has been a familiar figure in all people’s movements in Bihar and nationally since the 1990s: facing police batons in the march against GATT-WTO in Delhi, and in student-youth marches in Delhi in that decade. She is a popular leader of scheme workers, mostly women who,  far from being recognised as Government employees, are not even paid wages for their labour as the backbone of rural health and education. She is the Nartional Convenor of the Scheme Workers’ Federation, and the Bihar State Secretary of the ASHA Workers’ Association (Gope Faction). She is the Bihar State Secretary of AIPWA and a Central Committee member of the CPIML.

Phulwari: Gopal Ravidas is the Bihar Secretary of the All India Agricultural and Rural Labourers Association. He is a Central Committee member of the CPIML. In recent times, he led movements of rural poor, especially women, against extortion and harassment by microfinance agencies in the name of loan repayment.

Sikta: Virendra Prasad Gupta is the President of the All India Agricultural and Rural Labourers Association in Bihar. He is known for leading struggles against the feudal “estates” of West Champaran, facing physical attacks and false charges resulting in jail for extended periods of time.

Warisnagar: Phulbabu Singh began political life as an AISA activist, and is now a leader of the AIARLA and RYA.

Aurai: Aftab Alam is a young activist who enjoys the confidence and warm support of people in Aurai and Muzaffarpur district, because he has been taking up social causes for the past decade and a half. He has worked for flood relief in the region, and taken up the cause of the rural poor who want the rickety and unsafe bamboo bridges replaces with stable ones. A founding member of Insaf Manch, he has waged many struggles for justice: for victims of murders by vested interests, as well as for innocents falsely framed by the police. In August, he had led a sit-in to secure justice for Dilip Rai, a young man who was suspected to have been killed by liquor mafia elements. After filing his nomination for the Assembly seat, he was arrested in connection with the sit-in, which the police claimed amounted to “obstructing a government officer in the performance of their duty.”

Kalyanpur: Ranjit Ram is an RYA activist, and has been active in struggles of agricultural workers. On 16 August 2003, as a student in Darbhanga, he and three other AISA activists had shown black flags to the then Home Minister LK Advani, for which they had been booked under the draconian sedition law and spent several months in jail.

Balrampur:: Mahboob Alam, the sitting MLA from Balrampur, enjoys great popularity in the area as a dedicated communist leader on whom the poor, landless and homeless can always count to courageously lead their struggles. 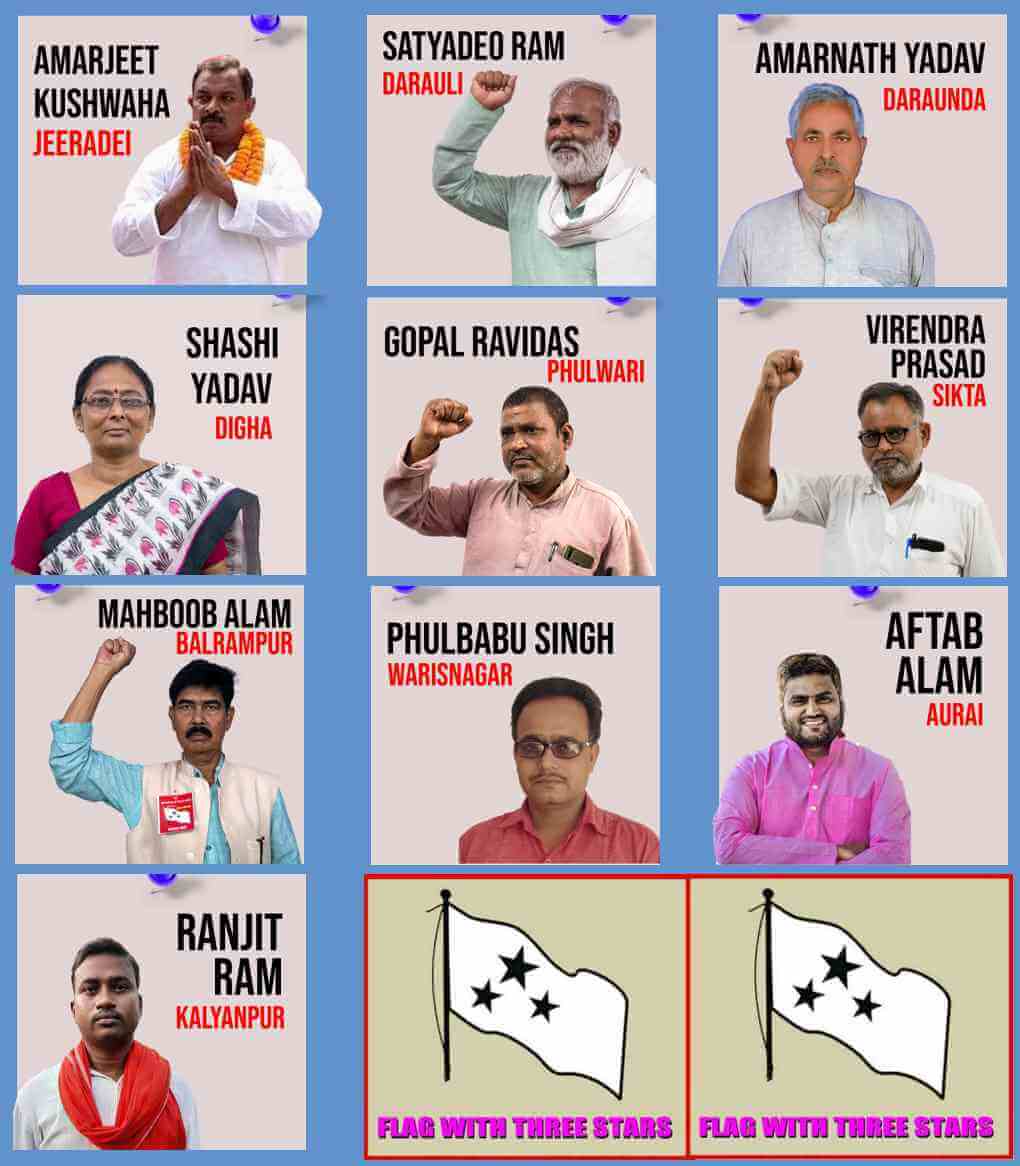