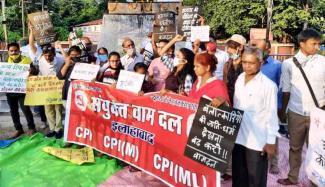 CPIML, CPM, CPI and other Left parties organized statewide protests in Uttar Pradesh on Gandhi Jayanti 2 October and Delhi on 15 October against the increasing violence and rapes against women including the horrific gang rapes and murders of Hathras and Balrampur, and demanded the resignation of Chief Minister Yogi Adityanath.

Through the statewide protests Left parties are demanding the resignation of Chief Minister Adityanath, strict punishment for the perpetrators of the Hathras and Balrampur incidents, and strict action against the officials who ordered the mid-night cremation of the Hathras victim without the presence or consent of the family, the DM who intimidated the girl’s family, and the SP who was negligent in taking action.

Earlier, on receiving news of the Hathras victim’s death on 29 September the CPIML Uttar Pradesh unit issued a statement in Lucknow conveying deep grief and anger against the heinous gang rape and the death of the victim during treatment at a Delhi hospital. CPIML holds the Yogi government accountable for the growing violence and barbaric acts against women, especially dalit women. Savarna feudal forces and dominant sections are sky high in confidence under the Yogi regime and policies. These forces are attacking weaker sections, especially dalits. CM Yogi’s police are continuing and escalating their insensitive attitude in matters of violence against women; and when it is a matter against dalit women, getting a hearing and action becomes even more difficult.

The Party statement also pointed out that while the entire country was grieving over the horrific gang rape and barbaric murder of the Hathras victim, another heinous gang rape and murder of a 22 year old dalit girl at Balrampur shocked the entire nation. Dalit women have been the target of rape and murder in both these cases. Government records show that Uttar Pradesh under Yogi rule is the topmost in the country in cases of violence against dalit women. The NCRB (National Crime Record Bureau) confirm these statistics.

The role of the police and administration in the Hathras case is extremely suspicious. The reluctance to register an FIR and the way in which the body was burnt in the middle of the night without the presence or consent of the family points to a criminal attempt to white-wash the truth and destroy evidence. A judicial enquiry must be conducted to bring the truth to light. The time for demanding that the Chief Minister improve the law and order system is past; now is the time to demand resignation of the Chief Minister. We need to remove the Yogi government in order to save our daughters.

AIPWA also organized strong protests against the perpetrators, police, administration and Yogi government and paid tributes to the victim at Banaras, Lakhimpur Kheeri and Devaria. 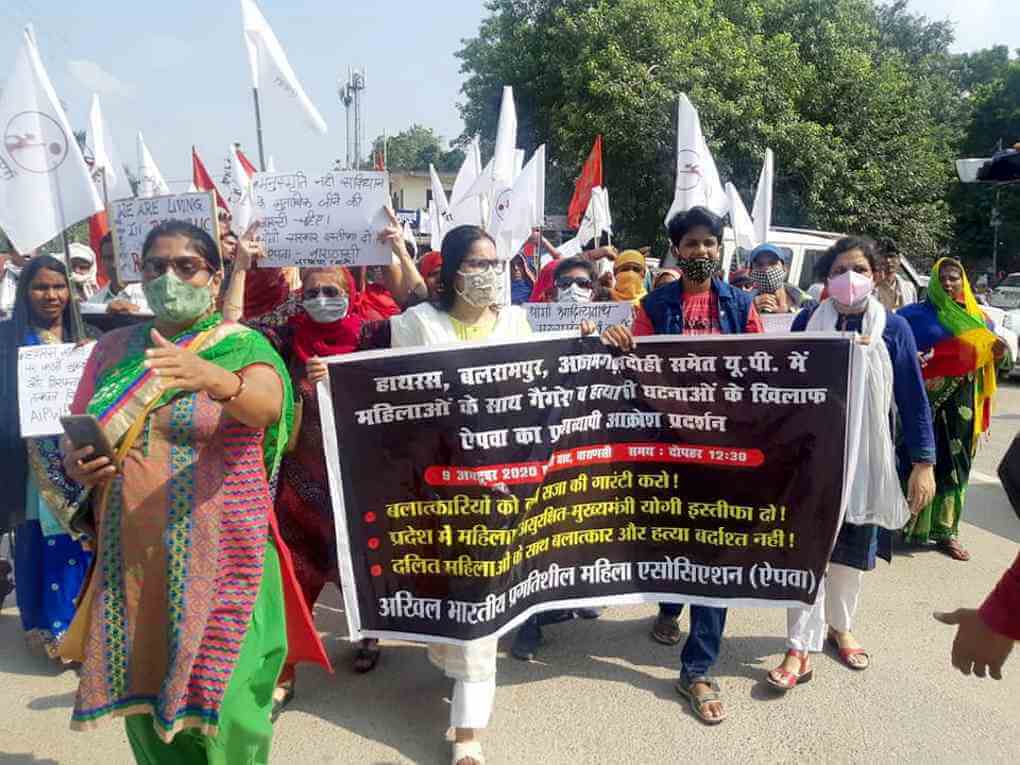