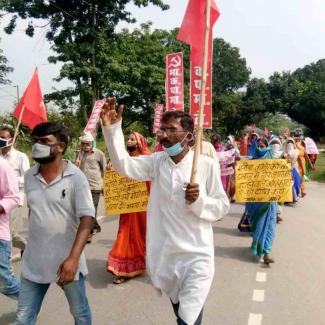 A CPIML team visited Bulgarhi in Hathras on 7 October 2020 and met the family of the gang rape and murder victim. The team consoled the family and supported their demand for justice through an enquiry into the entire incident by a Supreme Court judge.

The CPIML team report says that the family members of the victim are in considerable fear. The family is poor. Their poverty and the caste dominance of the accused have resulted in negligence as well as deliberate whitewashing by the administration. Neither was an FIR registered on time and nor was proper and timely medical treatment given. Despite this the Aligarh Medical officer has said that there are injuries showing rape.

Moreover, the victim’s body was burned in the middle of the night by the administration without the consent or presence of the family. The DM not only threatened the family, but also kicked family members. With the intent of hushing up the matter, initially opposition leaders and media were not allowed to meet the family. The entire village has been turned into a police post, but supporters of the accused persons are mobilizing and intimidating the victim’s family. The BJP leadership is standing in support of the accused persons. All this is happening at the behest of the government.

State Secretary Sudhakar Yadav said that the Yogi government is alleging a so-called international conspiracy to defame the UP government in order to divert attention from the government’s abysmal handling of the Hathras case. They are filing FIR upon FIR, and even journalists are being targeted. This is nothing but sheer oppression and tactics of diversion. He appealed to the people not to get diverted and intensify their fight for justice for the Hathras victim.

Based on the team report, the State Secretary made the following demands: FIR against the DM and the then SP (now suspended) and punishment for them; strict punishment to the guilty persons; proper security to be provided to the victim’s family; stop mobilization of the supporters of the accused persons and the victim’s family being intimidated and threatened by them; withdrawal of cases filed against political workers who protested against the incident; stop repression of journalists; resignation of CM Yogi who has failed miserably to ensure security of women in the State, as seen by the heinous incidents at Hathras, Balrampur, Bhadohi, Azamgarh and other places. 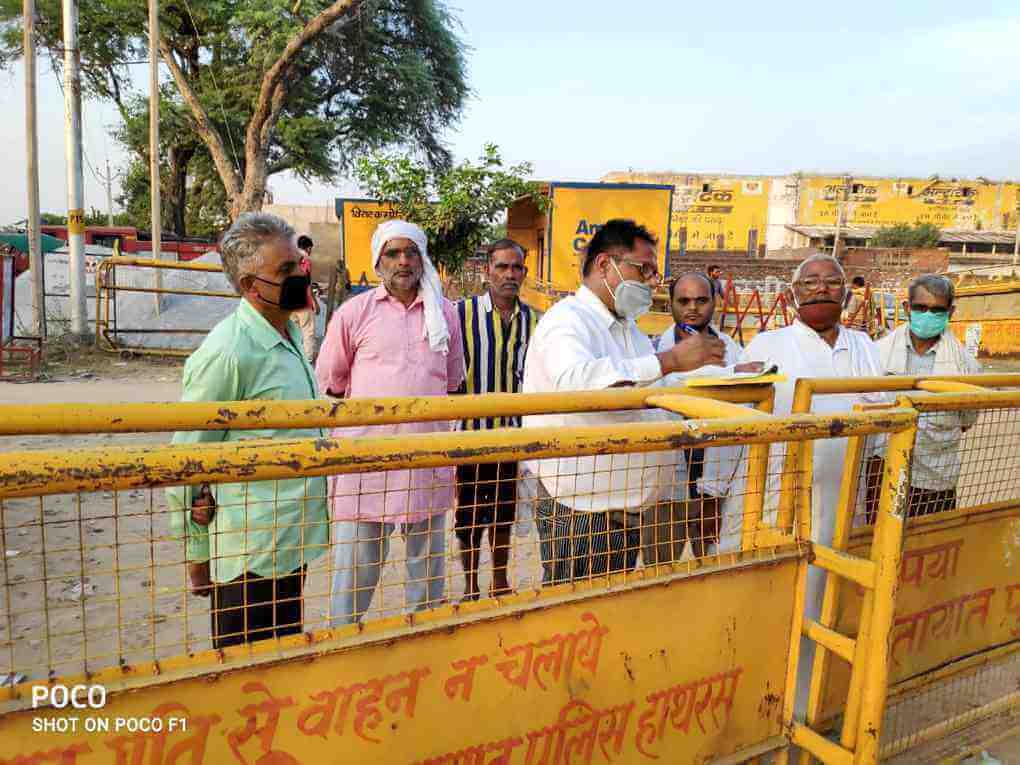