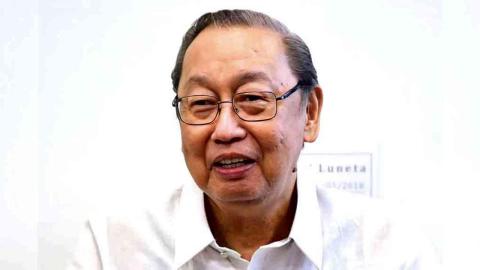 Comrade Josa Maria Sison, popularly known as Joma, Filipino writer and Chairman of the Communist Party of the Philippines passed away on December 16, 2022 in the Netherlands after two weeks of hospitalisation. He was also the Chairperson Emeritus of International League of Peoples Struggle.

Born in Cabugao in 1939, Sison graduated with a Bachelor of Arts in English Literature from the University of the Philippines and initially took up a teaching job. In the 1960s amidst growing worldwide protests against US imperialism and Vietnam War, class struggle intensified and popular revolts started breaking out in the Philippines too. This was when Jose Maria Sison emerged as a revolutionary ideologue, giving a new radical turn to the Communist movement in the Philippines. The dictatorial Marcos regime sought to crush the radical communist upswing, incarcerating Sison and keeping him in prolonged solitary confinement.

In 1986, the hated Marcos regime was eventually ovethrown by the people, Marcos had to flee and Sison was freed from the prison. Sison returned to his university teaching job, but in 1988 while he was visiting the Netherlands as part of a world lecture tour his passport was revoked and he had to seek political asylum in the Netherlands which was eventually granted in 1995. But even after that at the instigation of the US, Sison was continuously persecuted as a terrorist and was even briefly arrested in 2007 before charges were dropped in 2010.

Across the world as we fight for the release of political prisoners and an end to the persecution of ideological dissenters and demonisation of people's movements as terrorism, the life and struggles of Jose Maria Sison will continue to inspire us in our continuing battle for political liberty and social transformation.