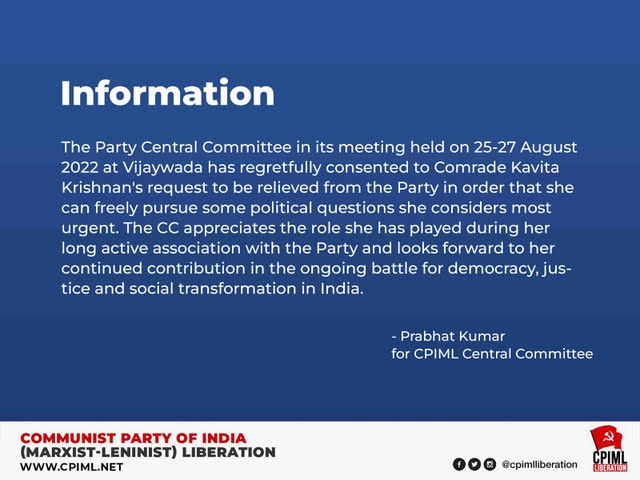 The Party Central Committee in its meeting held on 25-27 August 2022 at Vijaywada has regretfully consented to Comrade Kavita Krishnan's request to be relieved from the Party in order that she can freely pursue some political questions she considers most urgent. The CC appreciates the role she has played during her long active association with the Party and looks forward to her continued contribution in the ongoing battle for democracy, justice and social transformation in India.