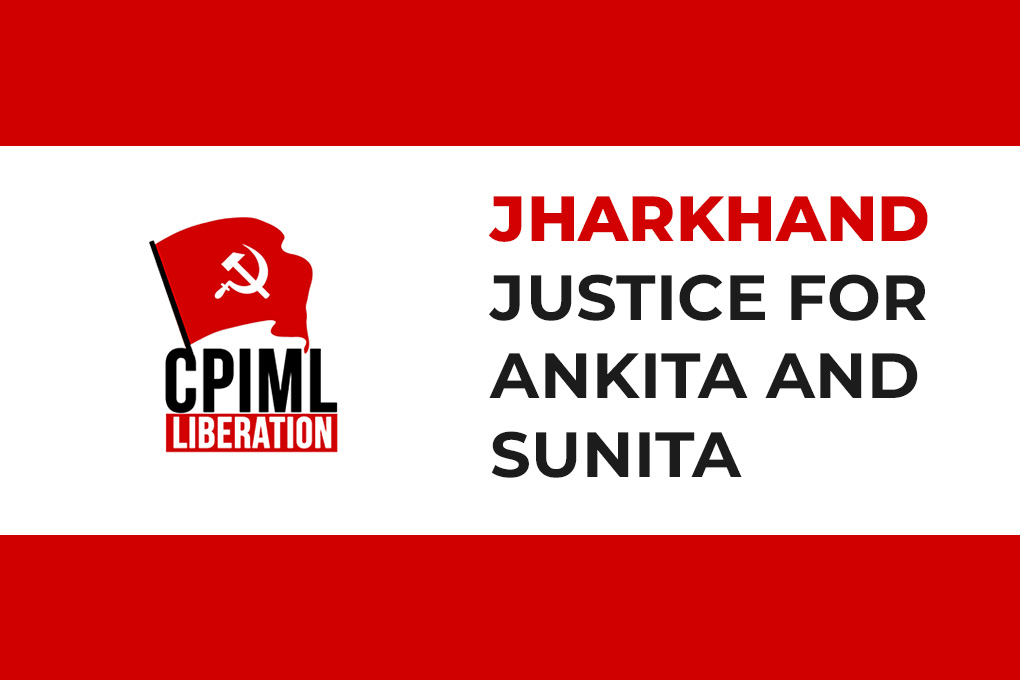 The brutal murder of Ankita Singh, a 19-year-old girl in Jharkhand’s Dumka district is extremely shocking. As per reports, the police have arrested Shahrukh Hussain, who has been accused of stalking Ankita. CPIML condemning the murder of Ankita, had demanded strict punishment for the accused and that action be initiated against negligent officials.

Meanwhile, the Sangh and the BJP have been trying to polarise the issue by giving it a communal angle, by claiming this to be an incident of “love jihad”. However, this is a case of a man stalking a woman, who rejected his advances and not one of “love jihad”. We read about law student Priyadarshini Mattoo who was stalked and murdered by Santosh Singh. Actress Malvi Malhotra was stalked and stabbed by Mahipal Singh. Similarly, some Hindu youth killed Gulnaz in Bihar. This is gender-based violence, and not one of ‘Prem Yuddh’ or ‘Love Jihad’. The community identity of the stalker or the victim is irrelevant.

BJP and Sangh’s methodology of ‘Love Jihad’ actually reveals their lack of concern to fight and end patriarchal crimes – they are only interested in communalising those crimes for political gain.

Meanwhile, as BJP tries to flare communal polarization in Jharkhand as in the case of Ankita’s murder, an adivasi girl Sunita is battling for life in the hospital after being brutally tortured by senior BJP leader and a member of the National Working Committee of the BJP women's wing - Seema Patra. In a video, the 29-year-old Sunita from Jharkhand’s Gumla, narrated her ordeal of working as a domestic worker in Seema’s house. Sunita narrated about how she was beaten up by Seema with a hot tawa and rods, and was even inhumanly made to lick urine off the floor. Her teeth were also smashed.

Despite a police complaint being filed by Sunita, the police are yet to arrest Seema Patra. CPIML demands the immediate arrest of Seema Patra and all others who are complicit in the violence against Sunita.