CPIML warmly congratulates farmers on the historic victory won by their yearlong struggle to repeal the farm laws imposed by the Modi regime. 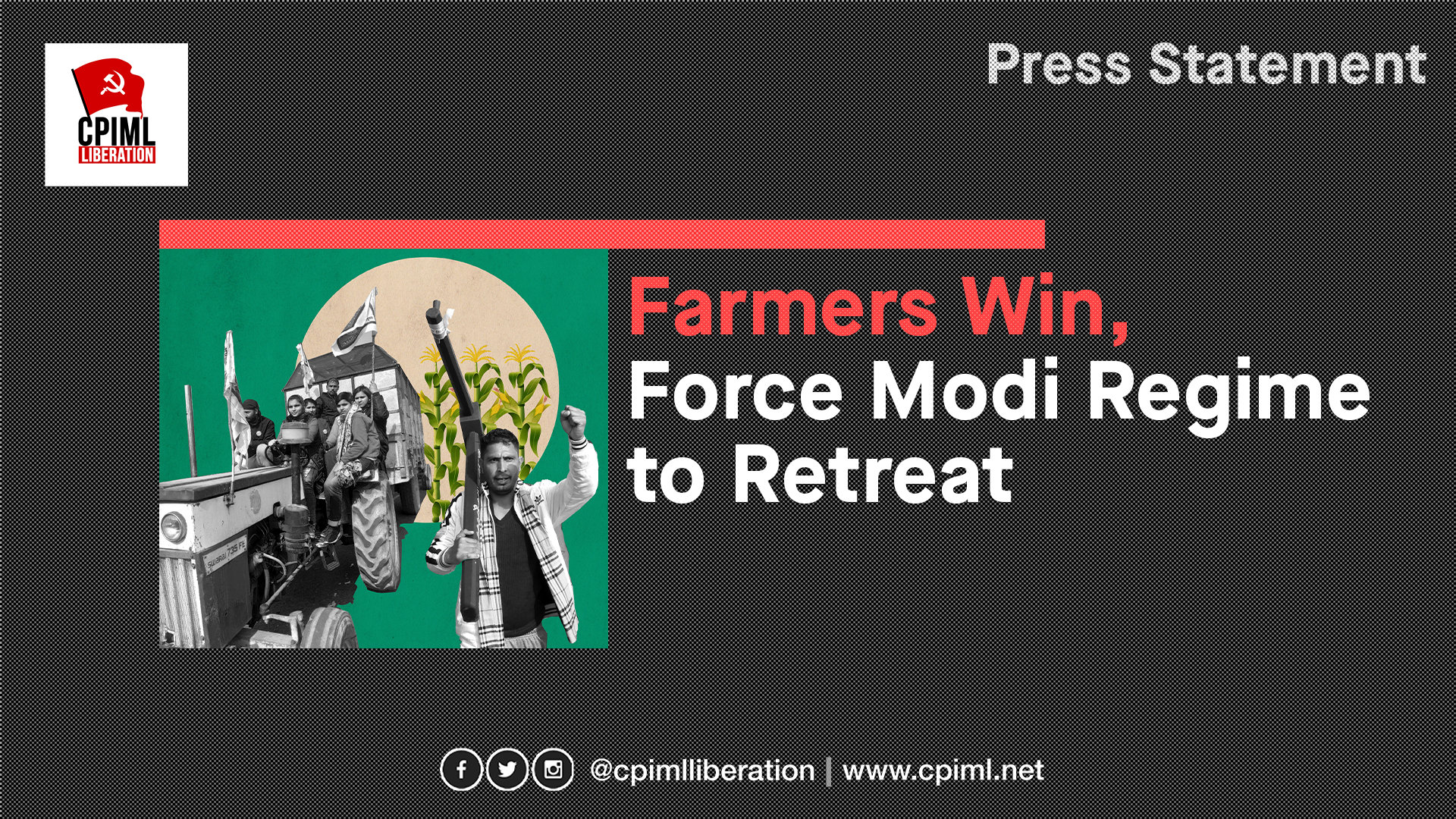 After Farm Laws, Onwards to Repeal other Draconian and Discriminatory laws and Stop other pro-Corporate measures like Labour Codes and Asset Sale

CPIML warmly congratulates farmers on the historic victory won by their yearlong struggle to repeal the farm laws imposed by the Modi regime. This victory sends a resounding message that people’s movements can defeat even the most arrogant and authoritarian of regimes.

PM Modi announced the withdrawal of the farm laws with poor grace. He apologised to “the nation” for withdrawing the laws - but never apologised to the farmers for calling them anti-nationals and unleashing repression on them. Some 700 protesting farmers died in the past year, either due to police and BJP brutality or due to the tough conditions at Delhi’s borders.

The farmers have succeeded in pushing back Farm Laws - they will continue to struggle to win Minimum Support Price, withdrawal of all cases foisted on farmer leaders and resignation of ministers like Ajay Mishra who instigated hatred and violence against protesting farmers.

The victory in getting farm laws repealed must also strengthen our determination to intensify all our ongoing struggles against draconian and discriminatory laws like the CAA and UAPA, pro-corporate policies like new Labour Codes and lease and sale of public assets, and assault on the Constitution and its secular, democratic, federal foundations.