Citizens of India Need To Be Proud Andolan Jeevis 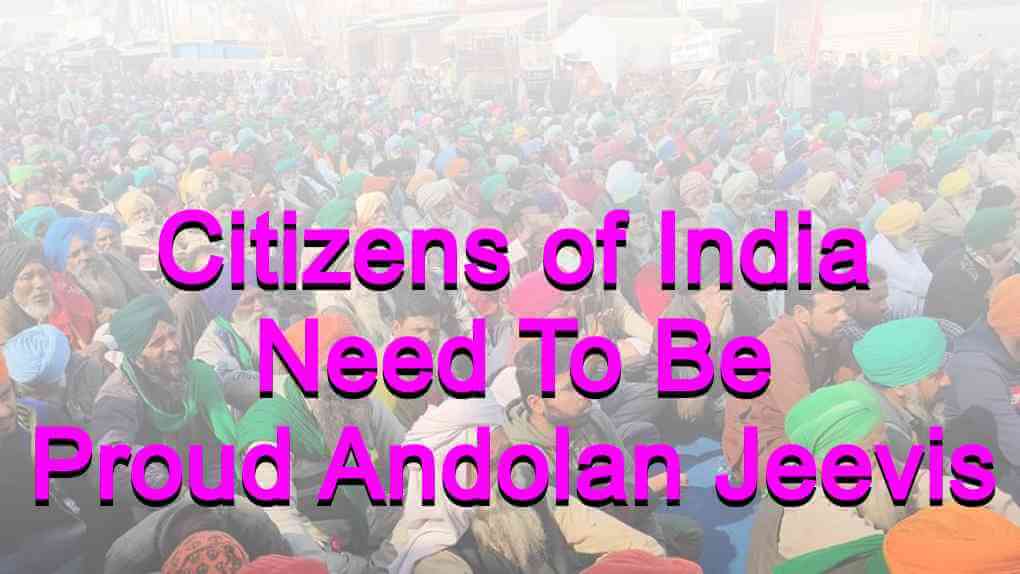 The last six years of the Modi regime have been a relentless assault on civil liberties, the Constitution of India, and democracy. Speaking in Parliament on 8 February, Prime Minister Modi threw aside all pretence, and openly called protesters and dissenters "parasites".

Modi coined the phrase "Andolan Jeevi" to target those who are to be found at protests by all sections of society - workers, farmers, students, women and so on. He said that such persons who support a variety of people's movements, are "conspirators" from whom the nation must be protected.

Participants in democratic movements, trade unions, farm unions, women's movements, Dalit movements, civil liberties and environmental struggles are all proud "Andolan Jeevis" - who live and die for protests by the oppressed and dispossessed people. In every country, it is those who join the poor and the oppressed in their struggles, and embrace those struggles as their own, who are the country's pride, even if they are the bane of its governments.

We Andolan Jeevis stand in the proud tradition of the freedom movement. Naturally Mr Modi cannot appreciate movements - since his own organisation the RSS did not participate in the freedom struggle. The RSS served the British empire and its Company Raj then; the Modi Raj serves the Company Raj now, and is dependent on corrupt corporate funding through electoral bonds, for its survival. We Andolan Jeevis in contrast depend on "We The People" of India alone.

Modi terms international activists and public figures who support the farmers movement, as "Foreign Destructive Ideology". But Modi himself welcomes the praise of other despots like Trump and Bolsanaro, and of Big Corporation heads like Bill Gates. He objects only when those who are voices of dissent against racism, authoritarianism and climate change in their own countries, support people's movements in India.

We appeal to all progressive freedom-loving justice-seeking Indians to embrace and own the label of "Andolan Jeevi" with pride. Andolan Jeevis of India, and the world, can indeed make another world - egalitarian and democratic - possible.